Filip Michalak is a very active classical concert pianist, recital and chamber musician. The young Danish/Polish pianist has performed across Europe in countries such as Poland, Germany, England, France, Italy and all Scandinavian countries and has future engagements in additional European countries and China. He is one of 9 pianist selected for the “Gabriela Montero Piano Lab” 2022 and will be mentored by the world famous pianist Gabriela Montero. He is the Artistic Director of Södertälje Chamber Music Festival in Sweden.

In 2021, Filip Michalak was accepted to one of the world’s most prestigious and largest piano competition in Leeds and was nominated for the Vendome Prize. Filip is currently an artist in The Keyboard Charitable Trust in London and has already performed in venues in London and Frankfurt for the Trust.

Filip is a 1st prize winner at “Stars at Tenerife” in Spain and has won numerous prizes in his home country, such as 1st prize in the “Nordjyllands Talentkonkurrence” and several prizes in the “Steinway Festival”. In 2017 he became a finalist of the “8th Nordic Piano Competition” and was later that year a semi-finalist in “St. Priest International Piano Competition” in France. He recently won “The Chopin Prize Competition” at Royal Northern College of Music (RNCM) and was also one finalists of the annual Gold Medal Competition at RNCM.

After having performed Beethoven’s 5th Piano Concerto with Shrewsbury Sinfonia in October 2021 he also signed a contract with Orpheus Classical Label to record a CD with works by Szymanowski, Bacewicz and Chopin.

In 2013 he started at The Royal Danish Academy of Music in Copenhagen in prof. Niklas Sivelövs class. Later on in 2015 he received many scholarships to study abroad and for 3 years he was a student of professor Julia Mustonen-Dahlkvist at Ingesund Academy in Sweden while simultaneously pursuing a master’s-degree at Royal College of Music in Stockholm. Filip has finished his Post Graduate Diploma (PGDip) at Royal Northern College of Music in Manchester with prof. Graham Scott, and is currently studying his final year with Mustonen-Dahlkvist, as Artist in Residence of the Ingesund Piano Center. 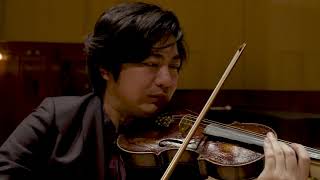 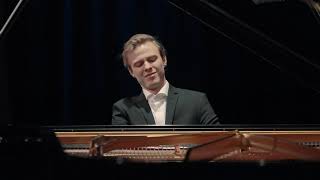 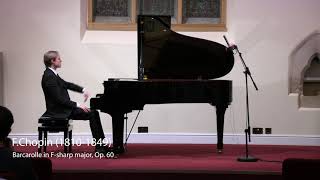 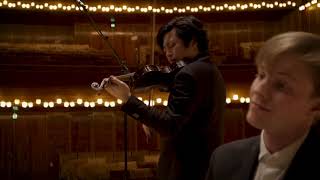