Susanna Wolff (b. 1990) is a Norwegian lyric soprano. She studied singing at the Barratt Due Institute of Music in Oslo and at The Guildhall School of Music and Drama in London. A naturalised member of the Masque Chamber Opera Company she has performed the title role in Sāvitri by Holst, Fiordiligi in Così fan tutte by Mozart and Mrs. Grose in the Turn of the Screw by Benjamin Britten. She is a first prize-winner of the prestigious competition Concorso Communità Europea per Giovani Cantati Lirico of Spoleto, with subsequent debuts as Sofia in Lafurba e lo sciocco (Domenico Sarri), Fe-An-Nich-Ton in Ba-Ta-Clan (Jaques Offenbach), Trujamánin in El retablo de maese Pedro (Manuel de Falla) and Rosina in The Barber of Seville (Gioachino Rossini) in Teatro Lirico Sperimentale.

In 2019 she made her debut in Teatro San Carlo (Naples) as Daisy Parke in Lady, be good! by Gershwin and in 2020 at the festival Rossini in Wildbad as Costanza in Garcia’s L’isola disabitata. In 2021 she sang with the Orquesta de la Comunidad de Madridas the soprano soloist in Haydn’s Stabat mater at the Auditorio Nacional, Madrid.Susanna Wolff is lauded for her musicianship and acting abilities. In addition to her particular, recognisable voice she is a highly expressive and versatile performerand musician. She has also studied drama and theatre at Oslo and Akershus University College and performed in the Norwegian Opera and Grieghallen singing Argentinian tango with Norway’s greatest musicians of the style. She has also performed and recorded zarzuela music with the orchestra conducted by Víctor Pablo Pérez. 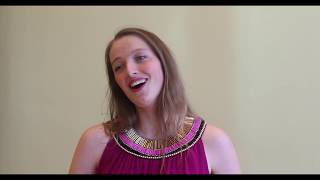 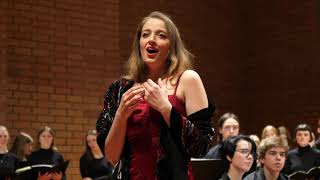 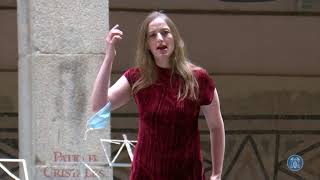