John Sax is a versatile bass from Sweden, a graduate of the University College of Opera in Stockholm and the European Mozart Foundation in Prague. He has appeared at Sweden’s major opera houses and has been a regular guest at the Gothenburg Opera. After starting his career as a baritone with roles like Eugene Onegin, The Count in Le nozze di Figaro, Schaunard and Marcello in La Bohème, John Sax has moved into the bass repertoire and appeared as Basilio in Il Barbiere di Siviglia, Angelotti in Tosca, Colline in La Bohème, Bosun in Billy Budd, Truffaldin in Ariadne auf Naxos, Masetto in Don Giovanni and Simone in Gianni Schicchi. In 2023 he will sing Titurel in Parsifal at the Wagner Festival in Minden, Germany.

John Sax studied with Kerstin Meyer CBE and Royal Court Singer Karl-Magnus Fredriksson. He has won a number of awards and scholarships including one from the Royal Swedish Academy of Music. He speaks Swedish, Norwegian, English, German, French and Italian.

John Sax has also performed a number of contemporary roles: The Prince in Harrison’s Rapunzel at Oper der Stadt Bonn, Jim O’Connor in The Glass Menagerie by Bibalo at The Norwegian National Opera and Opera Vest, Paver Friend in the opera HP about the Swedish boxer Harry Persson by Franke-Blom, Erik in Swells by Börtz at the Royal Swedish Opera, The Smith in The Sleeping City by Riedel at the Stockholm City Theatre the title role Signor Deluso by Pasatieri and The Uncle Werle’s Tintomara.

John Sax has a busy concert diary and his repertoire includes works like Mozart Requiem, Verdi Requiem, S:t John Passion by Bach and Messiah by Händel.

John Sax also gives regular lieder recitals and has performed a number of song cycles such as Schubert’s Winterreise by Schubert, Dichterliebe, Liderkreis and Kerner Lieder by Schumann, Des Knaben Wunderhorn and Sieben Lieder aus letzter Zeit by Mahler, Brahms’ Vier ernste Gesänge and King Erik’s Songs by Rangström. He has recorded Schubert’s Winterreise for the record company Sterling. In recital, John Sax he has performed with the pianists Craig Rutenberg, Viktor Åslund and Elisabeth Boström throughout Sweden, in New York and Brussels. 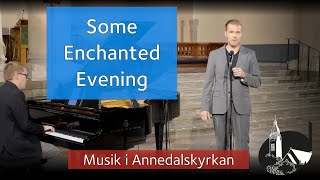 Some Enchanted Evening from South Pacific 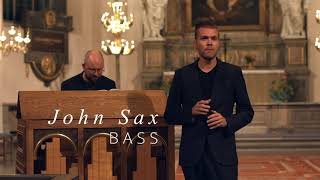 The people that walked in darkness ur Messias 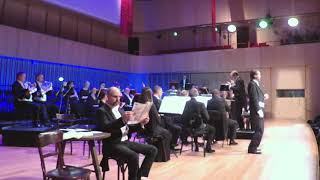 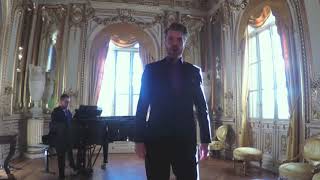 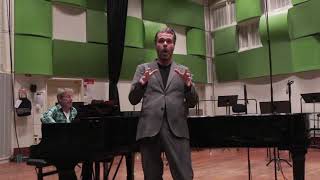