Bože Jurić-Pešić is a spinto tenor from Solin, Croatia. He is engaged in the ensemle at the Croatian National Theater in Split where he has sung numreous roles since 2018. In addition to Croatian opera, Bože Jurić–Pešić has a vivid career abroad in concert and opera.
In 2018 he received the prestigious Croatian Theater Award for Best Artistic Achievement in an Operetta or Musical.

The Croatian tenor has performed opera roles like Ismael in Verdi’s Nabucco, Tamino in Die Zauberflöte and Podesta in La finta giardiniera by Mozart, Lensky in Eugen Onegin by Tchaikovsky, Don José in Carmen by Bizet and Der Fischer in Stravinsky’s Le Rossignol.

Bože Jurić-Pešić’s has broad repertoire, with a special edge towards italian verismo opera, such as Rodolfo and Pinkerton in Puccini’s La Bohème and Madame Butterfly or Cassio and Alfredo in Verdi’s Otello and  La Traviata.

In concert, Bože Jurić-Pešić has sang in a long list of orchestral and oratory works, such as Beethoven’s Symphony No.9, Mozart’s Requiem, his Great C-minor Mass and the Coronation Mass, Brucker’s Te Deum, and Schubert’s Mass in G major.

Bože Jurić–Pešić made his debut at the Komedija City Theater in Zagreb in 2015 where he graduated in singing. In June and July of 2017, Bože performed on the grand stage of the Berlin Philharmonic where he sang in Felix Mendelssohn’s symphony “Lobgesang“. In addition to singing in opera Bože also sings Italian cancones, German Lied and operetta arias, and is also an accomplished organ player. In 2012, he was named Young Musician of the Year on the show Good Morning Croatia. 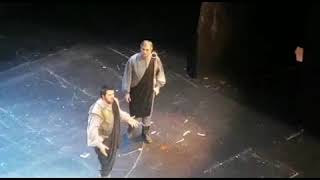 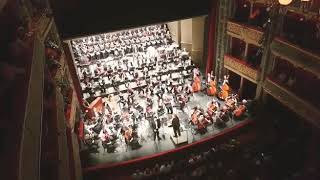