Kristina Winiarski was born in Stockholm in 1994 and started her cello studies as a six year old with Maria Zhuravleva in Moscow, Russia, where she partly grew up. Back in Sweden, she continued to learn from Ulrika Edström and Ola Karlsson, before entering the Academy of Music in Zagreb with professor Valter Despalj.

She later continued her studies at the Royal College of Music in Stockholm with professor Torleif Thedéen, with whom she completed her soloist diploma in 2019. Kristina has been an active performer from a very young age.

She had her professional solo debut with the National Symphony Orchestra at the Kennedy Center of Performing Arts in Washington DC, USA when she was 16 years old. After that, she has performed with the Stuttgart Chamber Orchestra, Maryland Philharmonic, St Petersburg State Symphony, the Zagreb Philharmonic, to name a few, and in 2019 she had her Swedish debut with the Malmö Symphony Orchestra.

Kristina is especially fond of performing chamber music, and is regularly invited to festivals all over Europe. She has given concerts in Sweden, Denmark, Germany, Russia, France, Switzerland, Croatia, Israel, USA and South Korea, and appeared alongside artists such as Dora Schwarzberg, Aleksander Rudin, Roland Pöntinen and Bengt Forsberg. She also appears in a regular partnership with the pianist Pontus Carron, with whom she has won the two biggest chamber music competitions in Sweden.

During season 2017/2018, Kristina was a laureate at the prestigious “Classe de excellence de Violoncelle”, a mentorship and master class program with the French cellist Gautier Capucon at the Fondation Louis Vuitton in Paris. Among the many awards she has received is the Nicholas Firmenich-prize at the Verbier Festival 2018, and the Anders Wall “Giresta” Scholarship in 2019. 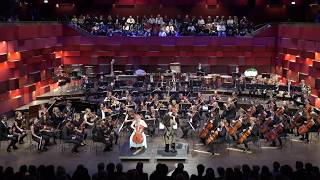 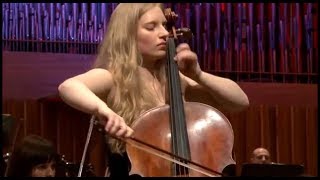 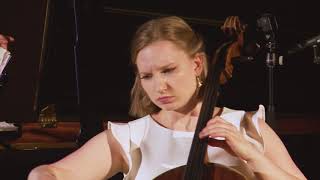 Kristina Winiarski and Pontus Carron perform "Evocations" by Éric Tanguy at the Classeek Showroom on March 14, 2019 as part of the Winter Festival 2018-19
View More 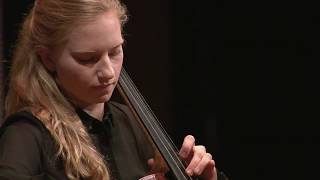 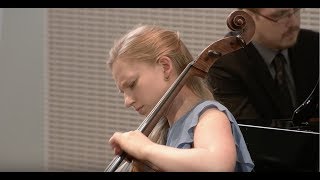